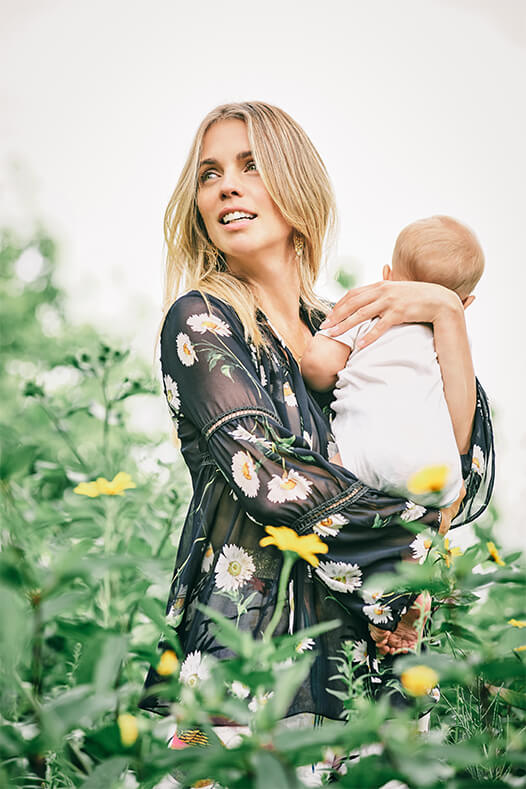 Jacynthe René celebrates her 20-year career as an actress. The public discovered it in a first television series in 1997 and then in cinema until sharing the screen with Hollywood and French stars. She continues her roles to date while executing a series of powerful and innovative social projects. She founded an alternative primary school that opened in September 2010. She created a foundation for children's development. She is undertaking a 500,000 square foot permaculture project on the south shore of Montreal. Then, wishing to share the principles she experiences as much as education and agriculture as natural beauty and nourishing food, she launched with her partner in 2014 a web platform (jmagazine became in 2016 MaisonJacynthe) in the only purpose of spreading informations and  inspirations that can change lives. This resulted in an online store (which at the time had only 4 products) and which includes so far exceptional ranges of up to 150 natural products and vegan, with 3 axes: skin care, make-up and perfumes). Always with this intention of proposing a way of life that makes the difference, she publishes five books that become bestsellers and, since 2016, a magazine of recycled paper printed with vegetable ink.Then, still with her partner, she produces a documentary and, since 2017, a series of programs for the Web. An average of 250k with peaks and over 440k in observations, which is remarkable in Quebec. The company owes much of its success to the collaboration of key people, innovators and influencers, who are meeting more and more naturally around its platforms to spread other important health opportunities. Maison Jacynthe represents today a brand that is distinguished by the richness of its content that touches and improves the lives of its subscribers. The traditional media, from women's health in Spain to the New York Times in the United States, showcase the achievements of society as bloggers and influencers around the world praise the scales as much as they adopt them. A community (101k today) is growing day by day and now adopts this healthy and natural way of life proposed by Maison Jacynthe. To get closer, houses with a corner store, beauty salons and a bistro were born. Others will be added soon (including one on Sherbrooke Street in Montreal), allowing the on-site experience of all spheres of activities broadcast, the family remains at the heart of the adventure. The purchase of agricultural land to cultivate its raw materials completes perfectly the beautiful story to follow!